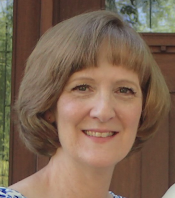 Felecia Braun has been a parishioner since 2000 and joined the Parish Pastoral Council in 2020.  She and her husband, Jeff, live in Oradell and have a daughter, Elizabeth, a graduate of St. Joseph School.  Felecia was active at St. Joseph School as a member of the PTO, a volunteer in the school office, a track coach with the St. Joseph Athletic Association and a Girl Scout leader.  She has been a member of Cornerstone since 2002 and our Adult Choir since 2014.  She graduated from Ramapo College and has worked in administrative functions at various companies including IBM and PwC.  Felecia co-led the council in 2021. 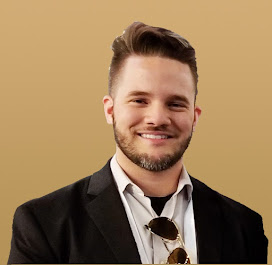 Charles Beltran has been a parishioner of St. Joseph Church in Oradell since 2016. He attends the 10:30 mass every Sunday, where his wife Nathalie sings in the choir. Charles made cornerstone in 2019, and joined the Parish Pastoral Council in 2020 where he currently holds the seat of Appeals Coordinator. He is also a proud member and co-founder of the Young Adult Ministry F.U.E.L (Faithfully United in Eucharistic Lives). Charles graduated with a degree in Electrical Engineering from New Jersey Institute of Technology in 2013. He has worked in power generation, avionics defense systems, and currently works as a software development manager at Verizon. Charles enjoys being involved in St. Joseph’s welcoming community.
Mary Carnevale joined the council in 2021. 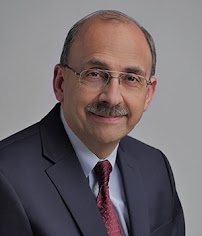 Fred Fakharzadeh and his wife Pat have been parishioners at St. Joseph Church since 1986.  They live in Oradell, where they raised their 4 children, and are now blessed with 7 grandchildren.  At our parish, Fred serves as a lector, is active with RCIA, is coordinator for Men’s Cornerstone as well as men’s basketball, and has been a bible study group facilitator.  Fred graduated from Cornell University, attended medical school at Columbia University in NYC, and has been a hand surgeon in full time private practice in Bergen County since 1986. 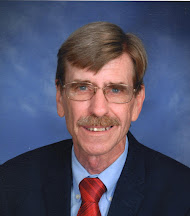 John Fuhrman  has been a member of St. Joseph Parish since 1983. His three adult children are graduates of St. Joseph School and he has two grandchildren. He worked extensively with the St. Joseph School Board in the 1990s. He has been an Adult Altar Server for 27 years, is a Eucharistic Minister, and is co-director of the St. Joseph Bereavement Support Ministry. He joined the Pastoral Council in 2020, is a 3rd Degree Knight of Columbus, and lives in Dumont.   John is retired after 42 years as a Probation Officer with the last 15 years as Bergen County Vicinage Chief Probation Officer. He is a St. Joseph Regional HS graduate, holds a BA Degree in Psychology from Rutgers University, and a Masters’ degree in Management from the Rutgers Graduate School of Criminal Justice. He served as Chair of the NJ Judiciary Conference of Chief Probation Officers and President of the Chief Probation Officers of New Jersey Association. 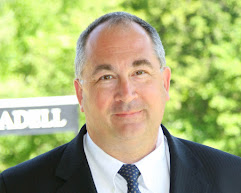 Eric Shuler has lived in Oradell since 1992. He and his wife Beth have been married for 33 years and have two adult sons.   Eric recently retired from Verizon after 30 years of service. Eric was a special services technician installing and repairing high speed data lines.   Eric is a retired Army Major with 22 years in service, and he spent close to a year in a combat zone in Mosul, Iraq.  As a councilman in Oradell for two terms, Eric served as Police Commissioner, Fire Commissioner, Council President, and liaison to the DPW.  He also actively volunteered with Boy Scouts and served as President of the American Legion.   Eric served as Director of Men's Cornerstone. He currently serves as a Minister of Hospitality at the 9am mass; although this role has been challenging during the pandemic, it has also been rewarding to see people return to mass. 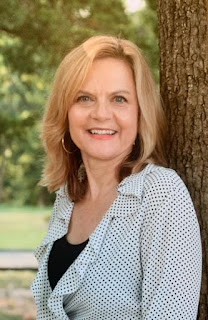 Jessica Valdes  has been a parishioner for 20 years. Along with her husband Erick, they have raised three children in Oradell, all graduates of St. Joseph School.  She has been teaching fourth grade at our parish school for nearly nine years.  Jessica has served as Cornerstone Facilitator, Girl Scout Leader, and PTO volunteer. She has taught English to immigrant women through Project Literacy, and has attended several bible study groups for over fifteen years.  As a Brooklyn native, she received both her BS and MS in Education from St. John’s University. 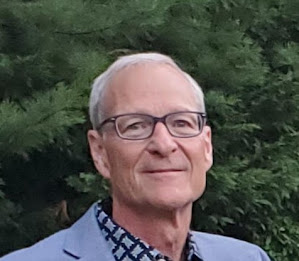 Roy Williams and his wife Joette have been parishioners of Saint Josephs for about 20 years. He and his wife have been married for 37 years and have three grown children and three grandchildren. Roy has served as a catechist, member of the RCIA, and facilitator of bible study groups. He is a lector and a Knight of Columbus. He is also a volunteer Court Appointed Special Advocate. Roy is a CPA and recently retired from the Federal government as an auditor with the Postal Service Office of Inspector General. He retired from the Coast Guard Reserve as a Commander serving over 27 years. 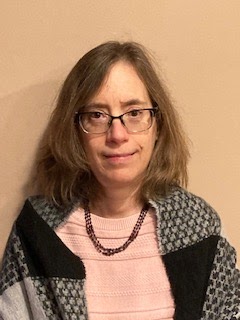 Sharon Murdock has been a parishioner of St Joseph Parish since 1994. She was also a catechist from 2007 - 2014. She has been Co-Director of the Lectors with Betty Kern for about four years and often reads at the 12 pm mass, as well as Confirmation Masses.  Sharon made Cornerstone in 2015 and was Director of Women’s Cornerstone 27 in 2019, alongside Christine Young. She became Co-Coordinator of Women’s Cornerstone in 2021 alongside Betty Kern and Christine Young. Sharon enjoys being a part of the very generous and supportive parish community.  She has enjoyed participating in decorating the church for Easter and Christmas. Sharon lives in Bergenfield with her husband Sean and son Brian. 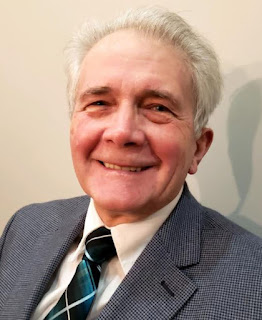 Mike Smith was born in NYC and raised in Hudson county.  Mike and his wife Angela have been members of the parish since 1980 when they settled in Oradell.  They have three adult sons and five grandchildren.  Mike is a retired electrician and his wife is a retired nurse and college professor. Mike was a leader with the Cub scouts and the Boy Scouts in the parish. Currently Mike teaches CCD, which he has done for the past 20 years and serves as an usher, which he has done for the past 15 years.  He currently is the coordinator of the ministry of hospitality. 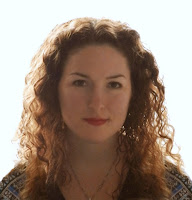 Melinda Rabbia and her husband Joseph have been parishioners of Saint Joseph since 1996.  They reside in Oradell with their two daughters who are also active in parish ministries.  Melinda has been a catechist for over 30 years and has worked with the RCIA program since 2011. Melinda facilitates a bible study, co-runs a nursing home ministry, and assists with the Advent Giving Tree and other Social Concerns Committee programs. She has coordinated Saint Joseph’s Respect Life committee since 2009 and is an active participant in “40 Days for Life”.  A graduate of NYU’s Stern School of Business, Melinda worked in investment banking and financial services.  Melinda is happy to serve on the council because Saint Joseph Church is her second home.  Melinda joined the council in 2019 and co-led the council with Felecia in 2021. 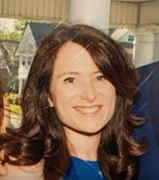 Karen Lewis and her husband, Chris have been parishioners of St. Joseph Church for over fifteen years.   They live in Oradell and have two teenage children, both of whom attended St. Joseph School.   Karen previously served as a member of the School Advisory Board and joined the Pastoral Council in 2020, serving as Secretary.   Both Karen and Chris are graduates of Fordham University.  Karen served through 2021. 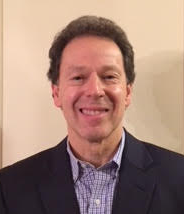 Tom Kohli has been a member of Saint Joseph parish since 1992. He and his wife Peg have three adult children all of whom attended Saint Joseph School. A 1980 graduate of Stevens Institute of Technology, he worked in the electronics industry for 25 years before retiring as Partner & VP of Engineering for Instrumentation Engineering. He is a member of Cornerstone XV, Knights of Columbus, and is the Committee Organization Representative for St. Joseph Boy Scout Troop 142 as well as a former soccer, basketball, and track coach at Saint Joseph, Bergenfield PAL, and Woodcliff Lake Athletic Association.  He joined the Council in 2018 and served as co-chair in 2019 and 2020. 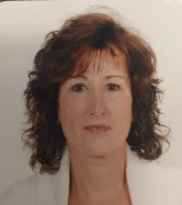 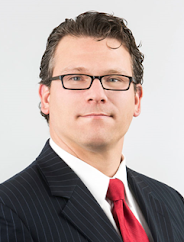 Jim Hunt is an active parishioner of Saint Joseph Church. He and his wife Maureen raise their 6  children in Oradell where 5 of them currently attend Saint Joseph School.  A Cornerstone XXII  candidate, Jim is an attorney, having graduated from Swarthmore College and Seton Hall University School of Law.  He is a partner at the Tenaglia & Hunt law firm and practices law in New Jersey and Manhattan.  Jim volunteers his time in the community serving as a basketball coach for Saint Joseph Athletic Association teams and a football coach for the River Dell Junior football program. 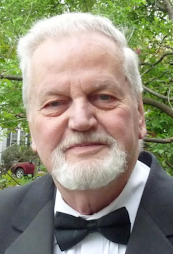 Neil Neubert  and his wife Kathryn were married in Saint Joseph Church.  They have one son who graduated from Saint Joseph School and one granddaughter.  Neil was born and raised in Teaneck and served in the US Air Force providing radio-controlled target aircraft for anti-aircraft missile testing.  He graduated as an electrical engineer in 1967 and specialized in television engineering during his 45-year career.  Neil joined the Saint Joseph Choir in 2005;  he also sings in the Ridgewood Orpheus Club Men’s Chorus and serves Saint Joseph as both an altar server and Eucharistic Minister. 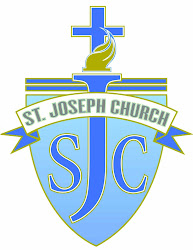 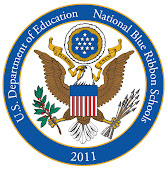 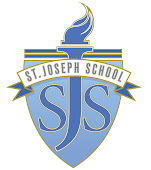